I was born in sunny SoCal, but spent most of my life in religious states.  My parents returned to Utah the summer before I started Kindergarten.  My siblings were Kenny (12), Laura (11), Joe (9), Peggy (8), and at the end of August 1963, a baby brother joined us, named Vernon after a famous baseball pitcher who happened to be LDS (Mormon, Latter-Day Saints).  Two months later, my father, Earl, a man who seemed to be plagued with irritability and prone to bigotry, did not come home.  The story goes that while opening a new branch of an auto parts store in Denver, he fell in love with a burlesque dancer and he wrote to my mother, Ruth, and told her he wasn’t coming back.

My mother, devastated by the letter, in which he told her “I never loved you”, went directly to the medicine cabinet and swallowed everything.

She slept for four days.  My siblings and an aunt cared for her.  I don’t think she was hospitalized–she couldn’t possibly afford it.  My recollection is that I was told she was sick, sleeping.  I was shielded from the drama.

After she recovered, she walked to nearby shops and cafes, looking for her first job.  She had married at 14–not uncommon in our local LDS culture at the time, though she was, in 1948, reported to be the youngest bride that year. She did not attend high school, and Earl had never allowed her to work outside the home.  Now she was a single mother of six. She got her first job as a waitress at a Chinese American restaurant on State Street, maybe six blocks from home. She lied about her experience, and it did not take long for the owner to figure that out. He and the head chef were very frustrated with her and cussed in Cantonese, but one line cook was so kind to her, he became our stepfather the day after her divorce was final.

I grew up in a bi-racial family in a region that was dominated by super-pious people who could never seem to be perfect enough to be comfortable in their own skin. My entire K-12 education was in Utah; Salt Lake City and St. George, which is a tiny tourist trap about an hour north of Las Vegas. By the age of 12, I strongly disliked the state religion. I could give you a hundred different varieties of explanation for why I was always different from the rest of my family–as well as how much in common we have–but I’d rather let you imagine the possibilities.

I went from the Mormon church to Shiloh Youth Revival Centers–born-again Christians who passed out tracts downtown and took in homeless every evening, letting them bathe and join us at the dinner table, reading the Bible together and singing. After a series of unfortunate events, faith eluded me and I wanted nothing to do with any religious groups. I got the hell out of Utah–as far as I could go–Boston. It was a fascinating culture switch! For the first time in my life, I had Irish Catholic friends, Jewish co-workers, and felt surrounded by diversity. I didn’t have that word in my vocabulary in 1980, but that is exactly what it was–a richly diverse culture. There was a degree of tolerance and enlightenment in Boston that I had never known anywhere else in my limited life.

Briefly I returned to Utah and then moved to Los Angeles in the summer of 1982 because a new boyfriend, a drummer, had a dream. I cannot say what it was exactly that made California feel more like home to me than Utah ever could. Sure, it was my birthplace, but I was too young to remember much of the culture–although I do have vivid memories of my childhood playmate, a latina named Christina. I hadn’t been exposed to much diversity in Utah, but coming home to California I realized that I had missed it and that being around people from different backgrounds made me feel more comfortable, not less.

In 1990, married to a techie, his job relocated us to work near the Johnson Space Center in Houston. The company was a black-owned family business with a NASA contract for software and data management services. The founder and owner was a fine man with a beautiful family. His wife was the VP of Human Resources, his daughter was Legal Counsel. He had a vast array of people of all colors, creeds, and birthplaces working there. Yet, when I ventured out to see a movie with a co-worker who was black, I will never forget the looks we got. It was downright scary!

In 2004, I drove to California with my 12-year-old son to start a new life. As I drove over the hills of San Bernardino and Riverside, toward the beach cities, I felt a surprising sense of “coming home”. It was then I realized that I am and always have been a Californian.

California is a remarkable state. It has everything–colorful history, Death Valley, Redwoods (nobody else has Redwoods in the United States!)–wine country, the Emerald Triangle, the City of Love, Berkeley, Stanford, harbors, oil wells, miles and miles of agriculture everywhere, dairy cows, cheesemakers, berry farms, orange orchards, Baja, Legoland, Disney, Universal Studios, Knott’s Berry Farm, Desert Hot Springs, Lake Tahoe, Yosemite, Mammoth, Coachella, Carmel-by-the-Sea…and then there is Hollywood! I don’t have to explain what is special about the birthplace of cinema and televised sitcoms.

Variety is the key to understanding California, and we feel a divine sense of pride that we are able to share this great land with so many different kinds of people! The way I see it, whichever God someone believes in, it is obvious that God loves variety–just look at the universe! Look at Earth! Look at the millions of species of life here, there, everywhere! How can you not love that!

Californians seem to get it, for the most part–that we are members of the human race, all of us, and we have to sink or swim together. In California, I have had the privilege of working alongside engineers from Pakistan and first generation, bilingual Hispanics who are admirable citizens and great friends! In California, people don’t look twice at mixed couples. At most, you might see a wry smile that says, “cute” or “hm”, but mostly nobody notices. It is not that we are blind to color–on the contrary, we adore all the colors! Dark chocolate people, creamy dotted people, caramel-coated, strawberry, coffee brown, milk chocolate, almond–you name it–we are proud of our diverse culture. All of us have a right to be here – we don’t own this land. Those of us who were born in California know that we do not own this land! We know how savagely it was taken, and we sympathize with our neighbors whose great-grandfathers lived here before the war, when it was Mexico.

So for me, the growing sentiment to “Calexit”, to peacefully and lawfully vote for independence, is a natural extension of the vast divide with a union that seems unable to function in a healthy way. It seems there are many states who are comfortable with their regional religion and how it dominates their county or state. It seems millions in the U.S.A. do not like the absolute separation of church and state that is easily maintained and preferred by the majority of Californians.

The “Calexit” movement explains much more than these two distinctions–celebrating diversity and preferring absolute separation of church and state–it is about a level of progressiveness that comes more easily to us than most of the U.S. We are ready to end the industrial war machine. We are eager to move faster toward renewable energy that can be sold to neighbor states who do not have as much sunshine or wealth. Most of us are excited about the possibilities of stem cell research and we are sick and tired of cannabis being a Schedule 1 substance–it has a lot of medicinal value! Just read something about it or start by watching a few episodes of ‘Weediquette’, like the one about how much better it is for our veterans who have crippling depression, recurring nightmares, and anxiety attacks (PTSD). We want more scientific data about cannabis!

In closing, I hope this article averts the necessity of Calexit, I truly do. I would prefer that this marriage work and I am willing to work on bridging the chasm between California priorities and the predominantly conservative states. I believe most of us feel this way–we don’t want to secede. It is with deep sadness that we come to terms with the probability that we cannot afford to continue this toxic, oppressive, dysfunctional marriage. Something’s gotta give!

To learn more about the issues driving Calexit and the type of nation we envision, please visit the California National Party platform.

Thank you for listening. Thank you for being you. Please understand, I – we – have no desire to force our will on the South, the Bible Belt, the Great Lakes region. And we are not abandoning Ameerica, we will still be here, working alongside the U.S. like a sister who lives independently near home after she has earned a degree. Americans and Canadians get along just fine without needing to share a government. We can do the same. Californian independence won’t hurt the U.S. We aren’t claiming to be better than anyone. We’re just different and want to govern ourselves according to our own priorities.

My parents had two more children together–when I say “my parents”, I mean my mom and my real dad, my hero, my Chinese stepfather, the “illegal” immigrant. He adopted all six of us as if we were the greatest pride and joy of his life, because we were, and he was ours. 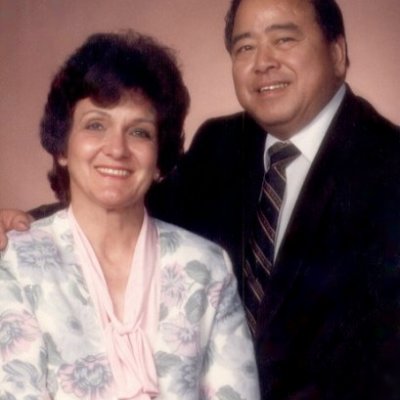