The recent British exit (#Brexit) from the EU has ignited a firestorm of controversy and headlines around the world, and created interest in other independence movements everywhere. The CNP in particular has seen an upsurge in interest and new members and on twitter #CalExit started trending organically.

So where do we stand on the EU and Brexit? It’s complicated. Let’s look at the key issues.

During the referendum campaign immigration was the biggest and most divisive issue. The way EU citizenship is set up, all countries have to let EU citizens come and go as they please, and every citizen of the every country is an EU citizen. The thing is, there are no EU-wide standards on the process to become a citizen. The equivalent would be if each US state could set their own immigration policy and, once admitted, those immigrants could move anywhere. Spend ten minutes in the comments section of websites that cater to midwestern and southern conservatives and look at the kinds of things they say about Californians, and imagine how much angrier and abusive they would be if we could set our own immigration policy. That same level of venom was on full display in the Brexit debates and colored the coverage of the campaign world wide; but it would be a mistake to think it was the only issue at play.

The EU has a lot going for it but also has genuine problems – far too often it represents the interests of big business and banks. Too much of the EU apparatus is run by unelected technocrats and people on all sides of the political spectrum have been talking about the EU’s “democratic deficit” – the gap between the rhetoric of democracy and the undemocratic structures that actually exist – for decades. To make matters worse, the overwhelming trend has been towards centralization. For many people it looks like the EU is slowly becoming the “United States of Europe”, without the consent or even input of most Europeans. Given that smaller nations like the UK don’t have an effective way to push back against that centralization, leaving is a legitimate response.

On the positive side, the EU has been a great success for Europe’s indigenous minorities. There are 28 countries in the EU but hundreds of distinct ethnic nations – groups like the the Scots, Catalans, Basque, Bretons, Roma, Flemish, and so on who are all minorities within the larger countries that conquered their ancestors. Many of them have national boundaries imposed by someone else running right through their territories. As part of the EU, everyone has the same European citizenship and rights and so the ability of the Castilian majority in Spain to oppress the Catalans or Basques is severely limited. This is not just idle speculation, the data from the European Social Survey shows that people who belong to ethnic, religious, and racial minority groups in Europe are significantly more likely to have positive feelings towards the EU than people who belong to their country’s majority groups. If Europe’s map was based on ethnic nations instead of conquest it would look radically different. For all of those stateless nations, the EU has been a clear win. 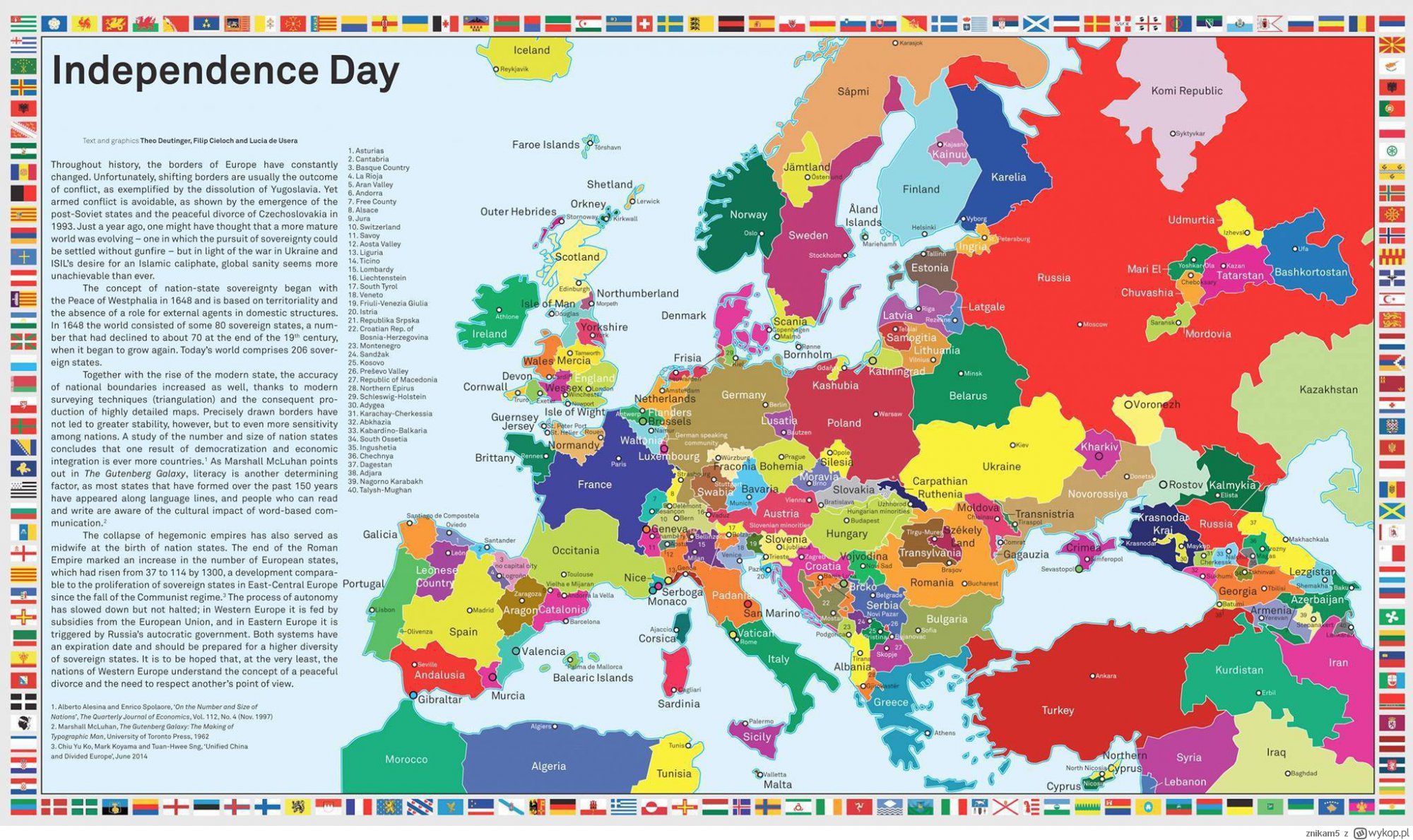 For the 62% of Scots who voted to stay and are now struggling to avoid being dragged out of the EU against their will by England, it’s a particularly bitter pill. Just 2 years ago Scotland voted to stay part of the United Kingdom, largely because they were told that if they left the UK they’d be kicked out of the EU. This vote to leave will almost certainly result in a second independence referendum and this time the Scots will probably win. North Ireland, which also voted to stay, may finally exit the UK as well and join the Republic of Ireland instead.

One of the big complaints of the Leave campaign is the imposition of regulations and standardization by the EU.  While some people object to standardization on principle, common standards have actually been one of the big benefits of the EU for industry.  Common environmental protections are the other side of that same coin and the combination of the two has largely placated left and right both.

One of the best known of the common EU standards is the Euro, which has been a key part of integrating western Europe into a single market. While it was never adopted by the British, they have watched its impacts closely and those haven’t always been pretty.  In international markets the cost of the a currency reflects the health of the economy as a whole so the Euro is pegged to the value of the entire EU’s economy. That’s great for Germany, France, and other wealthier-than-average EU nations that get to have a cheaper currency than they otherwise would, which in turn makes their goods cheaper to export and helps their economies. For the Greeks and other poorer nations it has been a disaster as their few exports have become more expensive and harder to sell and their country has become more expensive for the tourists that feed their economy. At the same time their debts, valued in Euros, are also more expensive. This is a big part of the recent Greek debt crisis. The fact that a weak Greek economy indirectly benefits Europe’s stronger economies is why Germany and the others agreed to bail them out – generosity played no role in the decision. Unfortunately for the Greeks, that bailout came with austerity requirements that long term can only result in a weaker economy and more dependency. German and British citizens were right to resent being forced to bail out Greece and the Greeks were right to resent the conditions of that bailout. The only people who got a good deal out of it in the end were the bankers, something that will sound very familiar to Californians that are upset about having to bail out America’s banks only to watch the bankers turn around and give themselves billions of dollars in bonuses.

And then there’s Britain’s unique history. The EU started life as the European Coal and Steel Community and included Belgium, France, West Germany, Italy, Luxembourg and the Netherlands. As it grew to incorporate more and more areas of the economy and more and more countries, British officials watched in horror. For over a century British foreign policy was based on the “great game” – an elaborate combination of diplomacy and military action designed to play their rivals against each other. The creation of the EU forced Britain to choose between joining in and losing some of their sovereignty or losing access to European markets. The logic of the market dictated they join and so they did, but older Britons have never loved the EU and still look back fondly on the days when the Pax Britannia ruled the waves. Fear of losing sovereignty is why the UK never joined the currency union and was one of the central arguments of the Leave campaign. It’s no accident that the Leave campaign won on the strength of older voters.

The Brexit vote was far more complex than just nationalism. Immigration was part of it, yes, but it was also about culture, identity, history, democracy, and a dozen other issues. The long-term impacts on Britain’s economy are almost certain to be negative – in the time since the vote Britain’s currency has fallen through the floor and their economy dropped in size from 5th to 6th, trading places with California. On the plus side, there is a real chance that the UK leaving will embolden democracy advocates throughout Europe to demand reform and finally wrestle the power away from technocrats. That good for everyone in Europe and the world. It also might open the possibility that the UK will revisit EU membership at some point in the future. Young people voted overwhelmingly to stay and if the repercussions for leaving are anywhere near as dire as many are claiming, the people who wanted to stay in the EU will be in a very strong position in a few years time – assuming the EU survives and would even agree to take them back.

For all its many flaws, the EU provides far more autonomy and sovereignty to the nations of Europe than American States receive. Observers should notice that however heated the debate got, there was never a possibility of violence, the EU nations never threatened to resort to force to keep Britain against her will, and the democratic decision of the British people was respected. In this at least, the EU proves itself far more democratic than our federal government. Democracy demands that people’s right to leave a political union that they do not feel serves their interests must be respected, whatever one thinks of their reasons. We are glad to see that principle upheld in a peaceful referendum and are keenly aware of the precedent it sets for us here in California.